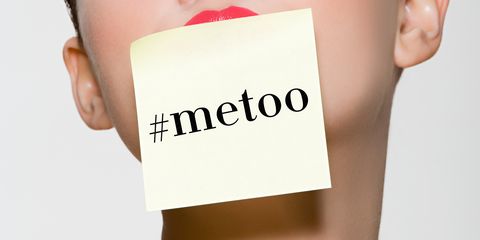 This is a post that I have been trying to write for the longest time. I have had the hardest time organizing my thoughts. This may not be the most succinct way to do this but I am going to give my experiences and then what I think. This is not to engender sympathy. The time is long past for that.

I am one of the four and more

My mother and I took a trip through Mexico by train after I graduated high school. I was sleeping and woke up because I felt something hot on the inside of my thigh. High up. The man next to me had his hand under my skirt and almost to my panties. I whipped my leg away and gave him a look that said, “Back the fuck off.” This was the first time that the real estate that is my body needed to be guarded.

When I was in college, the stat was that one in four female undergrads would be raped at some point. It happened to me when I was 18. It was a friend of a friend. When I cried, the guys (there were two) said they were “sorry.” “We didn’t mean to make you cry.” When I talked to the police, they told me not to report this because “it will only ruin your life.”

When I entered the workforce, I asked a man I worked with (well, he was a staffer and I was an intern but in a different department) for advice about finding a job. We met after work. He was married, I assumed this was just to talk about job stuff. I was wrong. He hit on me and I rebuffed him. We never talked again. Yeah, I was young and naive.

These are a few of my experiences. Not all, by any means. Not all the times I have been looked over, talked to as if my being female made me less likely to understand things (at a meeting about increased security at my college campus, one university staffer asked how a woman could be helpful with such matters), or just subjected to unwanted touching. Whether or not it came from a sexual place, unwanted is unwanted.

The right to be believed is not absolute

This is obvious and everywhere. In my life, I have been raped, mugged, beaten, and almost killed. In each instance, I was told either to keep it to myself. I reported the last time I was beaten by my dad and the cops had the same attitude as when I was raped. When I was mugged, I had to practically beg the cop to take my report. This experience has led to me to believe people when they say they have been assaulted.

This could be the most random analogy I have ever made. In Heller vs DC, Justice Antonin Scalia found that while he supported Mr. Heller’s right to bears arms per the second amendment but, “The right protected by the Second Amendment is not absolute.”

People lie. People make mistakes. I have read that eyewitness testimony is often incredibly unreliable because memory is subjective and not set in stone. People deserve to be heard but when making allegations against someone about serious things like crimes committed, they need more than their word. There are few acts that I detest more than lying about being a victim of any crime. It makes it that much harder for real victims to be heard.

Last year, two acquaintances of mine had consensual sex. The problem was that she had a boyfriend who found out. To not ruin that relationship, she claimed she had been raped. It all worked out and she recanted but the damage to the man could have been substantial. I am grateful that the #MeToo movement happened but that does not give women carte balance to say whatever they want.

Nuance has left the building

This is all too true today. We have no taste for subtlety. That is unfortunate because when we treat all crimes as the same, we lose the ability to provide justice to anyone. When it comes to sexual assault, there seems to be no difference between a bad joke (Al Franken) and rape (Justice Brett Kavanaugh, I know it was an alleged rape, I will get to that). We also seem to have no appetite for forgiveness.

Moreover, if we are to really make progress with the #MeToo movement, we need to have some forgiveness. If the only response to an admission of wrongdoing is expulsion from society, no one is going to come forward. Redemption has to be on the table.

If it hasn’t been clear, the #MeToo movement needs more nuance, open minds (on all sides) and a healthy dose of forgiveness.

Senator Al Franken (D-MN) should have had the ethics inquiry he wanted and not been forced to resign. That bad joke photo was not proof of a predator, just a bad impulse by a comedian.

Brett Kavanaugh should not have been put on the Supreme Court because he lacks the right temperament. I don’t know what happened way back in the day but I also believe that acts done at that age should not preclude adult advancement at work. There is a reason rental car companies have different prices for people under 25. I don’t think the guys who raped me so long ago are the same men today. I hope not.

Tara Reade deserves to be heard. I think whatever documents are out there should be thoroughly searched. Mr. Biden should comply with any inquiries. I think he is doing that. Everything I have read about this case and everything I know of the former VP makes me believe him. When I cast my vote for him, it will not be just a vote against President Trump but a vote FOR Joe Biden.

For too long, women have been treated as property. We have been abused and when we talked about it, we were called liars. Rape was a “he said, she said” kind of thing. We were told to watch what we wore and that “boys will be boys.”

As pendulums are apt to do, the #MeToo pendulum has swung a bit too far. When I see the president, who has bragged about committing sexual assault, watching underage girls get dressed and treat women like objects with no consequences, I am angry and sad. Then I see men who do really bad things, ask for forgiveness and not get it, I think we are sending the wrong message here. Repent and be cast out. Double down on your actions and be rewarded. What is wrong with that picture?

I worry about the president’s words because people take them seriously and they act on them. Mark Halperin is a journalist who admitted to sexual wrongdoing when he was at ABC News. This was a long time ago but he was cast off of TV because of it. He has since apologized and done all the things we hope someone in his position would do. It’s time to bring him back. If he is an example, it needs to be of what not to do when someone admits to wrongdoing.

At the end of the day, every time anyone says they have been assaulted or harassed, they deserve to have their allegations looked into and proven or disproven. We need to stop equating small crimes with larger ones. We need to remember, while there are similarities, all cases are unique and should be treated that way. I know this isn’t a popular position now but we need more nuance.

PS. This was a bit rambly and less sourced than other things I have written. No, I do not speak for all women or all anything. These are only my thoughts on the matter.