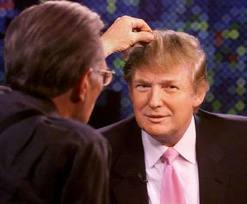 Donald Trump is a dick.

Say what you will about Donald Trump and his new health plan, there are a few things that are just so true that if you are going to argue with them, you seriously should consider putting down that crack pipe. What are these two truths?

Let’s start with 2. The Kaiser Family Foundation has a great tool. It shows how the tax credits put forth by the GOP will impact people based on their income. If you are 40 years old and you make $20,000 each year, this is what kind of help you will get:

Seriously. Wow. The bottom line is that the more you make, the better off you will be under Trumpcare.

Next, you can probably skip worrying too much about this bill because everyone hates this bill. Democrats hate the fact that it will be sure to drive costs up, rather than down, that it relies on tax credits, which do nothing to help people living near or at or under the poverty line and it offers less in the way of services provided. The conservatives hate it because they think it is “Obamacare lite.” Because it is a bill that cannot be dealt with in the Senate via the reconciliation process, it will need more than 60 votes and that just is not going to happen.

Donald Trump may be a lot of things and he may be a good deal maker (I doubt it but let’s just pretend he made money by being good at that and not on the backs of working people all over American) but he sucks at dealing with Congress.