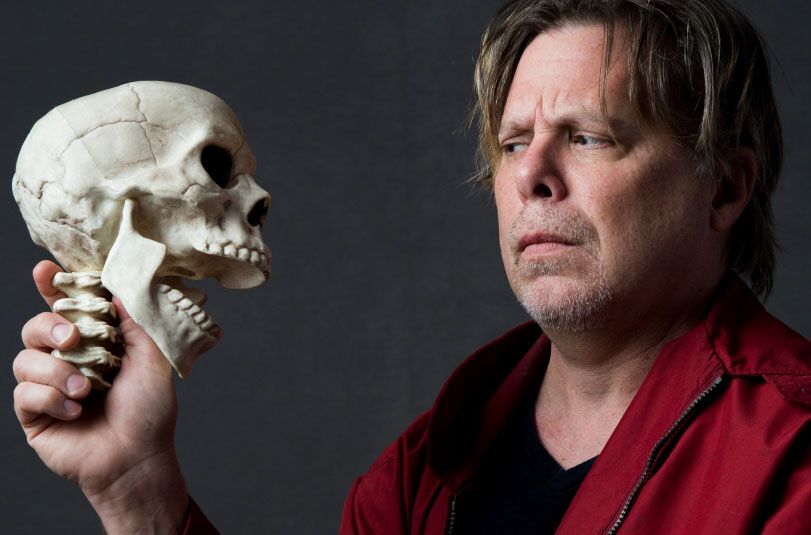 One of the first people I met in Florida was Tom Miller. When I first moved to Gainesville several years ago, I wanted to get involved in my new community. As a comedian, I also wanted to perform comedy but wasn’t optimistic about my prospects. One person I met my first week in the city told me about an open mic/variety show Tom Miiller did. Here is one of my first performances at the Tabernacle and another one.

Enter the Tabernacle of Hedonsim hosted by Tom Miller

The Tabernacle of Hedonism hosted by Tom Miller just celebrated its 35 birthday recently. Some have called it the “longest-running variety show in America.” It has a very dedicated audience who have followed it from venue to venue around the city, which he likes to call “the center of the known universe.”

What is a typical show like? There is no typical show. Every week offers a different experience. No matter what happens at the weekly show, it is always entertaining. But all of this sounds like a very clinical report of something that is not. Miller is a great promoter of the freedom of expression. There is NO censorship. At one show, they had the stage in the windowfront of the venue and the “Naked Poet” took it all off. Passersby on the street had no idea what to think. Neither did I.

Artists need a space to feel safe to create

For me, the best part of the show is the feeling of safety in what I did. I am a comedian. I want to make people laugh. I also am a satirist and sometimes good satire is not always funny. Add to that the fact that sometimes I just want to rail against a society that has turned its back on truth and facts and you get me searching for a place to express that. I found opportunities to do all of that at the Tabernacle. Whatever I did, I always found support for it here. Even when I wasn’t happy with what I was doing, people supported me.

So, Tom Miller is a performance artist. Yes and no. Miller has done some amazing performance art — installations? Exhibits? I am not sure what they are called officially but from his tribute to Truman Capote to staring at Ted Cruz‘s mouth for hours on end, his pieces work on every level.

Lest you think that is all he does, Miller has more for you. He writes stage and screenplays. The Accrosstown Theatre ran his play, UMMU last year. I have been lucky enough to have read several of his screenplays, including Elmer’s Saucer. If that does not get made into a movie, it will be proof to me that everything good in the world has died.

Recently, I started to seriously listen to his music. I am currently obsessed with Little Green Girl, which reminds me of David Bowie and David Byrne but like everything he does, his music is just fantastic. And I have not even gotten to his paintings.

I could go on for days about how impressed and inspired I am by Miller. While I was in Gainesville, he made me want to be more creative. Now that I am in New York, his influence is still there. I am pursuing my creative dreams more than ever before. I also want more of the world to experience the genius of Tom Miller. We all need a little more of his brand of art in our lives.

Here is my most recent video that I have from there. Learn more about him here.