FYI:  Whenever I write about, or mention, abortion I get emails asking why I enjoy killing babies so much.  No one enjoys killing babies.  My sarcastic side, commonly referred to as ‘me,’ wants desperately to add the words more than me but there are a lot of people who cannot understand sarcasm and would probably think I was serious.  Actually, there are probably people out there who a, really like abortion and b, really like killing babies but I would argue they are probably insane and hopefully there aren’t many of them.

My view is the same as the Clintons’ view. Abortion should be safe, legal (available) and rare. The recent killing of Dr. George Tiller (http://remembertiller.com/) has brought the issue back front and center, though next month’s Senate confirmation hearings for Judge Sonia Sotamoyor would have done the same thing, only with less violence.  What troubles me, other than the obvious pang one has when one reads about senseless violence, is that this tactic worked.  Dr. Tiller’s family will not reopen their clinic.

While this may seem like a hollow victory for anti-abortion groups, they have said they are glad the clinic will close but worried about the legal ramifications this will have, really the end result may be more chilling.  Abortion may be legal in the United States but legal does not equal available.  As we debate Roe v. Wade, I have to wonder about its relevance today.  I do not want to see it overturned but would like to see access expanded, funding restored and better sex education promoted.

Dr. Tiller’s clinic was one of three in the country that performed late term abortions on fetuses with horrific abnormalities. Clinics that provide reproductive services all over the country are beefing up their security in the wake of this tragedy.  This can only limit people’s access to care, not just abortions but health care. 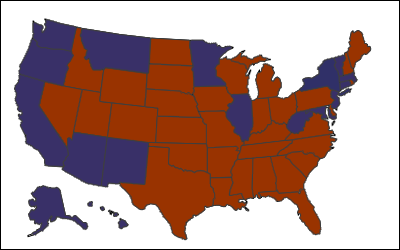 It is already more difficult than most people realize for women to get abortions.  For low income women it can be almost impossible.  This map shows states that restrict access for poor women to abortion.  There are 33 states plus the District of Columbia – seen here in red.  The blue states (no, the political parallel is incidental) provide them with access, there are 17 of them.

Currently, 23 states have laws banning abortion at 12 weeks or after (red) but these laws are considered to be 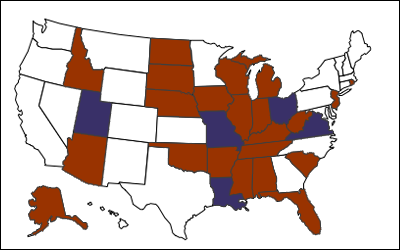 unconstitutional and unenforceable.  Five states (blue) have enforceable laws against abortions at 12 weeks and after. 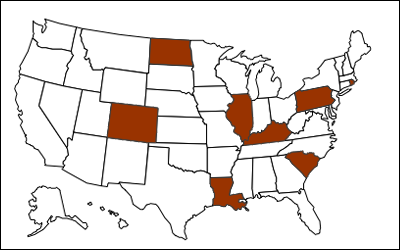 Five states require women to get written permission from their spouse before getting an abortion.

This study has data for both side .  One alarming number from it is that 86 percent of US counties do not have any abortion providers at all.   One could argue that the decline in abortions, which began in 1991 following an all time high in 1990, accelerated under President George W. Bush.  But I would point to the fact that the high point was under the first President Bush and that 2000 saw the introduction of mifeprisone (RU-486) and cases in which this was used may not be counted in the full abortion count.

All this just makes me more grateful that Barack Obama was elected president.   Not only because he will pick judges who are less inclined, or not inclined, to overturn Roe but his Justice Department will take seriously the threats clinics face.  That’s good for women and medical professionals in every state. 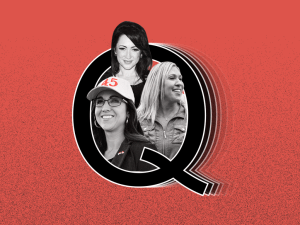