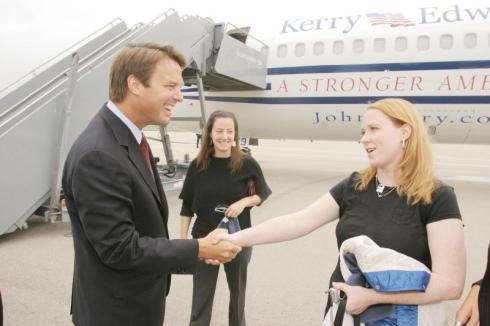 This used to be one of my favorite photos of myself. Today? Not so much.

If this Congressman Anthony Weiner situation had happened at a different time, I would have felt differently.  (I should point out before I continue that I have been pretty merciless in my criticism of John Edwards, someone I supported and worked for and when I started doing stand-up used to say “Every time I think this story cannot get any douchier, it does.”  That joke is as true today as it was two years ago when I wrote it).  The calls from the right for Weiner to resign and the “outrage” they have been falling over themselves to express sickens me.

You see, I have a few other scandals kicking around in my head making me put this in perspective.  There is neither rhyme nor reason to the order I am using.

America’s Mayor, Rudolph Giuliani.  The cheating really isn’t what bothers me.  He and his then-wife – Donna Hanover – were having very public problems.  This is none of my business.  Not until this happened; Ms. Hanover was doing an interview where she told of how they were “trying to work things out.”  As she says this, the channel goes to a split screen with the mayor giving a press conference that he was in the process of serving her with divorce papers.  Yes, that’s how she learned she was getting a divorce.  Ouch.  Where is he now?  Considering a second run for president.  Oh, he was a crappy mayor, too.

The GOP “ideas” guy, Newt Gingrich.  Three marriages and countless pieces of Tiffany’s jewelry later, everyone’s favorite “intellectual” and serial adulterer, divorced one of his wives while she was recovering in the hospital from cancer.  Doonesbury ran a cartoon of this at the time with Newt telling her to “Press hard, woman, you’re making three copies!”  Where’s this family values former Speaker?  Again, running for president.

The Governator.  Known for decades as groping women on film sets and press junkets around the globe, Arnold Schwarzenegger’s “recent” antics should shock no one (not the LA Times who reported on this when he ran for governor).  Think it gets worse than fathering a child with your maid, who continues to work for you and bring her son who looks just like you to the house you share with your wife and children?  Oh, it does.  Reports have indicated when confronted with his – is it indiscretion at this point? – situation he told Maria Shriver that she had to move out.  Oh, and the premise of his new animated series (from the press release issued the week this story broke) is that a governor is living a dual life – as governor during the day and super hero at night – he even keeps a separate and secrete home under the home he shares with his wife and family that he doesn’t even tell them about.  And where is he?  Right, starring in a new Terminator movie.  He said he would be back…

David “Acorn shouldn’t get funding because they support prostitution and only I am allowed to do that” Vitter.  In 2007, the world learned that Senator David Vitter was a client of the “DC Madam.”  He had been a “client” from 1999-2001(he was in the House of Representatives where he was serving in the seat vacated when Bob Livingston – at the time Speaker – resigned following his own adultery scandal, for which Vitter praised him saying “This is what Bill Clinton should have done.”  If that doesn’t make your head spin, what does?).  The main difference between Vitter’s support of prostitution and Acorn’s is the latter was investigated and found to be false while the only standing between Vitter and a  criminal prosecution for his crimes is the statute of limitations.  Where is he?  The US Senate.

Henry Hyde – my personal favorite.  This is an oldie but goodie.  Congressman Henry Hyde – one of the chief prosecutors of the Clinton impeachment – admitted he cheated on his wife but explained it as being a “youthful indiscretion.”  He was 51 when that happened.  I have tons of time to do dumb stuff and claim it was all because of my youth.  The former Congressman has passed – at 83 after retiring with a full pension and some pretty sweet health insurance.

What people do in their private lives – no matter how public they have made their lives – is private.  None of what I wrote about is any of my business.  I was never going to vote for any of them (except John Edwards).  When Eric Cantor – Minority Whip and lead “you need to resign, Weiner!” point person – was asked about Vitter, John Ensign (affair with employee that was covered up with payments to his best friend and her husband) and Mark Sanford (flew to Argentina with state funds to have an affair) he said “We are a party of ideas, not personalities” – it makes my skin crawl.

So, no, I don’t think Anthony Weiner should resign. 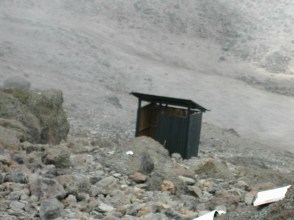 All these cheaters deserve to live (but not work!) here.