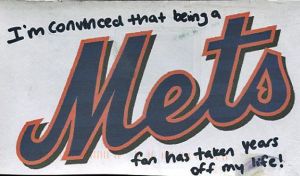 Sung to the tune of “Cecilia”

If you know me or read me regularly, you know what crazy Met fan I am (yes, I am aware of how redundant that looks).  Like most, long-suffering Met fans, I hate Fred Wilpon.   I don’t care what the fine people on Morning Joe think about how wonderful a person he is.  I think he sucks and I doubt I will have a happy summer until he dies or sells the team and I am not sure which I hope happens.

Recently, pitcher RA Dickey was nominated for a Cy Young Award (if you do not know what that is, Google it).  It seemed unlikely that the Mets would want to trade such a valuable player but after losing so much money to Bernie Madoff and then losing more to the victims’ fund ($162 million to be exact and is it a coincidence that there are 162 games in a season?  I SO doubt it) but that’s exactly what they started talking about doing.  And today, I read they are also looking into trading third baseman David Wright?  WTF?  http://risingapple.com/2012/11/13/thoughts-on-latest-david-wright-r-a-dickey-rumors/

My experience with the Mets goes something like this.  Someone from the Met front office will 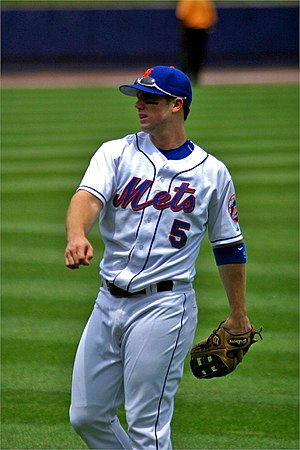 appear on television to explain why some super popular player has been traded.  For some reason my brain is fixated on John Olerud and Dave Cone but the list is too long too put here.  Well, they give some really rational reason why this player had to be let go — Olerud and his wife “want to go home.”  Cone “wants too much money.”  Fair enough.  I get it.  I don’t like it but it makes sense.

Next up on TV.  That player who disputes the Met front office person’s story.  Olerud said he and his wife “really enjoy living in NYC.”  Cone said, “I’d play for free to play in New York.”  What? Did you even talk to the player?

Last year’s heartbreak for me was Jose Reyes (I know he was underwhelming in Miami) — I have had ONE baseball jersey in my life and it’s his.  He said he left because “the Mets didn’t seem to want me.”  Maybe the front office didn’t want you but the fans did.

Not that Fred Wilpon gives a rat’s ass about us.

Being a Met fan means summer is the most painful time of the year.

Anyone familiar with the Mets, is familiar with this phrase.  I often think it was cruel to raise me a Met fan when New York has a winning team but I am convinced the designated hitter rule is a crime against everything I hold holy.

Digression:  Baseball is special for a number of reasons.  There is no clock.  The season is like a pressure cooker — starts slow and leisurely and ends in a race that can be a nail biter.  One of my favorite things about the sport is that every player plays both offense and defense.  When you allow such a pivotal player — as the pitcher is — to not hit you change the batter/pitcher dynamic.  This produces pricks like Roger Clemens, whom I will love to hate until I die.  It’s just not how the game should be played and once again, love you Crash Davis, I believe there ought to be a Constitutional amendment outlawing astroturf and the designated hitter.

Anyway, back to my point.  Every year I practically live and die by the Mets. I even believed after what is regarded as one of the most historic collapses in sports.  You can read about that here.  I feel the need to elaborate on how seriously I take this.  I only wear Met blue nail polish.  When I watch a game I alternate between really watching and only having it on in the background.  Depending on how they are doing when I do either.  My Met clothing — Jose Reyes jersey, 1986 t-shirt, old school, blue satin jacket, hat, necklace — gets switched up  — are they doing better when I have the hat on?  Should I take the jacket off?  Now, I know I sound crazy — and I am — but any Met fan will tell you, we are a superstitious lot.  I know intellectually that nothing I do will impact the game — and I also know they can’r hear me when I yell at the TV.  My sports related Tourettes kicks in big time when I watch the Mets (and 4ers, tennis, etc.).

But despite all the loss and all the heartbreak, I believe in the Mets.  So why can’t I have the same belief in myself?  Because I have way more successes than the Mets (at least since 1986).  My successes & failures are not as public as a major baseball franchise will ever be but every day I succeed at my job, my writing and my other endeavors.  On occasion I succeed at doing stand-up comedy.  That rocks my world.

Yet, I still don’t give myself the faith I give the Mets.  Something is wrong with this picture.  You might be wondering why I am telling you this.  One goal I have for this year is to change that.  Because: I’m good enough, I am smart enough and doggone it, people like me. (Thank you Stewart Smalley.)  I have read that telling people about a goal makes it easier to achieve — or maybe you are more likely to succeed — and I want to make this happen.

It may be late for New Year’s resolutions but mine now are:

So there you have it.  My belated resolutions.  Back to your regular scheduled programming… political thoughts will be back tomorrow. Or later today.