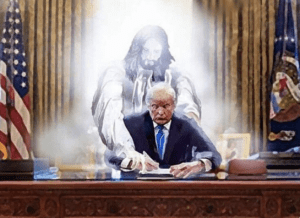 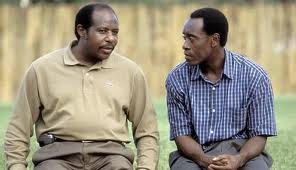 Another personal post, don’t worry it’s not as intense as the last one.

Today Paul Rusesabagina received the Tom Lantos Human Rights Prize.  I was lucky enough to be able to help out.  Paul is one of my heroes.  His actions during the Rwandan genocide not only saved the people in his hotel but he in an inspiration to people currently dealing with similar situations and those of us who are not but who want to help stop and prevent genocide.

We tend to think of genocide as something that happened a long tome ago in a galaxy far away but that is not true.  When the Rwandan genocide was occurring, Slobodan Milosovic was ethnically cleansing Bosnia.  I mention Bosnia for several reasons.  First of all, I was obsessed with Bosnia while the conflict was happening.  One excuse I hear from people about why we should not intervene in this place or that is that “those people have been fighting for centuries, there’s nothing we can do.”  In Africa, this sentiment is magnified by the thought that it is the ‘dark continent’ and there’s even less that we can do.  Bosnia should blow that idea out of the water.  Before Milosovic riled people up, Sarajevo was viewed as the ultimate example of racial harmony.  The “ethnic cleansing” was not caused by racial tension but this genocide was political opportunism.

I plan to write a more detailed piece on the current situation in Rwanda.  For now, I will just write that Rwanda is not the shiny example of reconciliation and peace.  Paul Kagame is not the new kind of African leader we all hoped it would be.  Since he took over, Rwanda has been fighting a proxy war in Congo and exploiting Congo’s natural resources.  Within Rwanda, Kagame allows no dissent.  There is no freedom of the press.  There is no freedom of expression.  Inside Congo, the genocide continues.  Rape is a common tool of war and it is being employed freely.

Back in 1994, I was obsessed with Bosnia and payed little attention to the horrors being perpetrated there.  I don’t know why I cared more about Bosnia than Rwanda.  In 2001, I went to work for the United Nations Information Centre in Washington, DC.  We received confidential dispatches from all over the globe.  While it was impossible to read all of them, I did read what was coming from Congo and it chilled my blood.  Some of the off the record stories I heard about the UN response to Rwanda did the same thing.  The then-Secretary General Kofi Annan said Rwanda represented the worst failure of the organization.  It was also his failure — and I have nothing but respect and admiration for him but he failed.  He was the head of the Department of Peace Keeping Operations.

For over a year, I sent out either a press release on Congo — families were jumping into alligator infested rivers to escape the rebels, masses of people were crowding UN offices and were told if they were caught on the street they would be killed — or some other communication to media about the situation.  A few reporters wrote stories just to make me stop sending them information.  It wasn’t much but it was all I could do.

Paul Rusesabagina did not intend to be a hero.  As awesome as he is, I wish he hadn’t become a hero.  I wish he was back in Rwanda running his hotel and this never happened.  But it did happen and he did become a hero.  In his speech at the Lantos ceremony, he said that he used words and persuasion to keep his guests and his family safe minute by minute — thinking all the while that he would be killed eventually — just to survive a little longer.

Senator Dianne Feinstein used to tell her staff, maybe she still says this, that people fail to do good things because they only want to do great things.  While we may not find ourselves in the position Paul was in, we can still make a difference.  We can educate ourselves and others and let our leaders know that when we say never again, we mean it.