If you do not subscribe to all of my stuff, here are some pieces you may have missed:

Hope you check them out and let me know what you think!

Hobbes Durden and Squirrel Montana are missing.  How?  I was away and had someone to 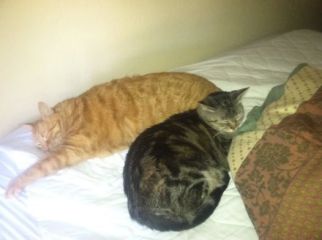 Hobbes and Squirrel are busy cats with places to go and things to do.

watch them but my mother took them to her friend’s house, against my wishes.  They ran away.  They were last seen at 9611 NW 62nd Lane in Gainesville, Florida.  I have been sick with worry and posted their photos all over town and social media.

Truthfully, they have been gone long enough that I am not confident I will see them again.  The neighborhood where they were last seen is teeming with owls, hawks and coyotes but hope can spring eternal and they are the best cats on the planet.

I am offering a reward. 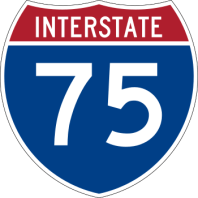 List of crossings of the Saint Lawrence River and the Great Lakes (Photo credit: Wikipedia)

I hope to update this much more often … especially over the next few weeks as I just took on a new client and will be going all over Florida for them.  Be prepared to be wowed and awed with stories AND photos!  Ok, there might not be so much in the way of awe but it will be more fun.  Check back soon!

Although it is only March, the post mortem has already been written for the Democratic performance in November’s term elections.  CNN’s John King said the situation is “bleaker than bleak.”  A Democratic strategist said the numbers portend a “tsunami sized loss” for the party.  Whichever party controls the White House usually does poorly in off year elections and this president approval rating is at an all time low.  Having said all of that, things can get better for the party and embracing Obamacare may be the way to do that.

Thus far, the GOP strategy on the Affordable Care Act or Obamacare has been pretty effective and was helped by the disastrous rollout last fall.  When David Jolly defeated Alex Sink in this month’s special election, the GOP claimed this was because the anti-Obamacare message works.  The Democrats have been trying to spin this as not a loss but a near win as Sink got so close in a swing district that been held by a Republican for more than four decades.  Both sides are partially correct.

First of all, voter turnout won the day in Florida.  This was a special election in an off year and fewer people vote in these types of elections.  Moreover, the people who tend to show up at the polls are older, whiter and more conservative.  Also, anger is a big motivator for most people.  So, yes, running against Obamacare helped the GOP here because it got more people to the polls.  And yes, their message works in places like this because it is simple: you don’t like Obamacare and neither do we, vote for us.

The takeaways from this are pretty clear and the Democrats can turn this around if they really want to.

Own Obamacare.  Running away from the health care law helps no one.  So far the GOP has won on this issue because supporters of the law have let opponents define it and set the rules for how we talk about it.  This has to stop.  The trick is to start talking up the law NOW.  The best time to talk about the benefits of Obamacare is not during a campaign or on a 30 second ad, people need to hear about how it helps them NOW.

Obamacare will be more popular in the fall.  The law is very unpopular now.  A recent USA Today/Pew Research Center poll put its approval rating at 42 percent.  Having said that, Gallup did a poll earlier this year that showed that 56 percent of uninsured Americans plan to use a government exchange to get coverage.  So far, five million people have enrolled through the plan.  As more people use (and like) the new system and as memory of the horrible rollout fades (it will have been over a year since implementation), people’s anger will dissipate.  One reason the GOP was so opposed to implementing the law was that once it is in place, it will be impossible to repeal.

Obamacare will not end our way of life.  The GOP is fond of saying that this is going to end our freedom.  Well, they said the same thing of Medicare.  Ronald Reagan once said, of the now popular program, “We are going to spend our sunset years telling our children and our children’s children, what it once was like in America when men were free.”  That didn’t work out that way and neither will this.

Obamacare is not socialism.  If anything, it is forced capitalism as it mandates people buy something from a private company.  The idea of the individual mandate came from the Heritage Foundation.  This is from their 1989 report:

Mandate all households to obtain adequate insurance. Many states now require passengers in automobiles to wear seatbelts for their own protection. Many others require anybody driving a car to have liability insurance. But neither the federal government nor any state requires all households to protect themselves from the potentially catastrophic costs of a serious accident or illness. Under the Heritage plan, there would be such a requirement. This mandate is based on two important principles. First, that health care protection is a responsibility of individuals, not businesses. Thus to the extent that anybody should be required to provide coverage to a family, the household mandate assumes that it is the family that carries the first responsibility. Second, it assumes that there is an implicit contract between households and society, based on the notion that health insurance is not like other forms of insurance protection. If a young man wrecks his Pors c he and has not had the foresight to obtain insurance, we may commiserate but society feels no obligation to repair his car. But health care is different. If a man is struck down by a heart attack in the street, Americans will care for him whether or not h e has insurance. If we find that he has spent his money on other things rather than insurance, we may be angry but we will not deny him services – even if that means more prudent citizens end up paying the tab. A mandate on individuals recognizes this impl i cit contract. Society does feel a moral obligation to insure that its citizens do not suffer from the unavailability of health care. But on the other hand, each household has the obligation, to the extent it is able, to avoid placing demands on society by protecting itself.

Obamacare is not a “job killer” nor will it “discourage work.”  This are common themes among opponents of the law.  Congressman Paul Ryan told the Conservative Political Action Conference (CPAC) that Obamacare will discourage people from finding jobs and there are too many quotes from his party about how it will hurt the US economy and job creation.  None of that is true.  In 2011, the Rand corporation did a study on the impact of health insurance on job creation.  They found the high cost of health insurance is a deterrent to entrepreneurship and small business creation: people stay in jobs rather than strike out on their own to keep employer offered coverage.

Obamacare is not perfect but it is a real step forward.  Our businesses have long been hurt by the requirement that they provide health insurance and have to compete globally against companies who do not.  Our citizens have been hurt by a system that is costly and ineffective. Some 45,000 people die each year in the United States because they lack access to health care.  It’s time for Democrats to stop running from the president’s signature law and start embracing it.