As of right now — 2:38 pm on May 26, 2020, about 99,162 Americans have been killed by Covid-19. This should make people outraged but it isn’t. That is nearly 100,000 people killed in approximately three months. For perspective, that is more than 33 9/11s or 25,000 Benghazi attacks. President Donald Trumps’ inability to face reality or care about anyone has meant tens of thousands of people died who didn’t have to. Think that is hyperbole? Columbia University looked into this and found that 36,000 people would still be alive if we stated social distancing a mere seven days earlier. Yet, the response has been muted. I live in New York, the epicenter of the pandemic and a state Trump no longer cares for. Wherever I look, I see how damaging this pandemic has been.

If you were angry about Benghazi, why are you complacent now?

Between September 11 and 12, 2012, militants in Libya attacked two American compounds and killed four U.S. officials and contractors. At first the attacks were blamed on a protest but then that was changed to premeditated attacks by a militant group in the country. For people on the right, “Benghazi” turned into a dog whistle for people who hate Hillary Clinton. It remains such today. T-shirts, bumper sticker, and more were made with the claim, “Hillary lied, people died.”

A flurry of investigations followed. None unearthed any evidence of wrongdoing. The Republican-led Congress put together six investigations. They went so far as to convene the United States House Select Committee on Benghazi, which was chaired by then-Congressman Trey Goudy (R-SC) and would go on to clear the,-Secretary of State Hillary Clinton. After two years of investigating these events, he told FOX News that nothing could have saved these four people. When asked if the U.S. military could have been deployed to arrive in time to make a difference, he said, “Whether or not they could have gotten there in time, I don’t think there is any issue with respect to that — they couldn’t.”

Where are the “Trump lied, people died” signs?

Since it struck China in December 2019, President Trump has made a number of misleading statements (aka lies in any other reality). CBS News has a great timeline of what Trump has made up, when he lied, and what the actual situation was. Their list goes through April but the lies have continued through today.

To recap, Trump denied the virus was a problem or threat to the country for months. When it was too real to deny, he switched to “I always said this was a pandemic.” When people started looking into how his administration responded to the crisis, he switched to talking up the job he has done and fell back on his normal pattern of blaming and bashing everyone who disagrees with him or anyone he thinks is vulnerable. I can’t think of anyone who thinks Columbia University is not a venerable institution but after they reported on Trump’s ineptitude, he called them “discredited.” (Don’t take my word, you can Google this and find it yourself.)

Despite all of this, there are no calls for hearings or investigations. The Republican Party is so fully up Trump’s ass, they no longer can see the harm this dangerous man is doing to the nation.

This revolution will be televised and Tweeted.

Maybe the most disheartening part of the Trump response has been the way he, his party and his news network (FOX News if you have not been paying attention) have turned this into the ultimate culture war. When Trump was busy denying the impending crisis, so were the anchors on his favorite network. More than one survey came out showing that people who relied on FOX News were less concerned (if they cared at all) about Covid-19 than people who relied on other sources for their news. The NY Times wrote this about the pro-Trump media response. In it, they note:

Sean Hannity, Rush Limbaugh and other right-wing commentators turned a pandemic into a battle of us vs. them — the kind of battle President Trump has waged for much of his life.

I have talked to people at FOX News who dispute the reports about its viewers by saying no one outside of the network have access to data about them. That may be true but anecdotal evidence I have collected supports the general thesis that people who support Trump and pay attention to right-wing “news” are less likely to care as much about the pandemic.

More than just convince FOX News viewers and their ilk not to worry, the Trump message to get back to work and not wear a mask has also found support in the anti-vaxxer and conspiracy theory communities around the country. And the worst part? Conspiracy theorists are winning the communications game. New polling suggests that 40 percent of Republicans and 20 percent of Democrats think Bill Gates is going to use any vaccine against Covid-19 to implant microchips into people to track their movements. (Side note: those smartphones we all love already do that. Where’s the outrage about that?) Groups that support opening the nation back up talk about “government oppression” (wearing masks violates some right they think they have) and an “upcoming rebellion.” Again, this is anecdotal but people I know say a revolution is going to start if states do not open up and stop asking people to wear masks.

For these people, who think the government is always up to no good (yet many support Trump, head of the government, go figure), vaccines are inherently shady and bad for you, and that Bill Gates works for Satan (I KNEW CLIPPY WAS EVIL), any efforts to slow the spread or flatten the curve of the pandemic really want to control the American people. Note: Many of these Trump supporters and rebels also do not see any racism in U.S. police departments (again, go figure). They feel all of the outrage but not at Trump. It’s the corrupt/evil/larger-than-life system!

But where’s the anger about the death toll?

Way back in 1996, Bob Dole (presidential candidate and U.S. Senator from Kansas) had a meltdown of sorts. At a rally in Texas, he listed off all of the problems he attributed to Bill Clinton’s unscrupulous behavior and questionable moral character (his opinion, not mine) and asked, “Where is the outrage?” I pose that same question today.

People I know and respect who were outraged about the attacks in Benghazi, Libya say their anger is not at the number of people who died but the coverup that followed. To that argument, I call bullshit. The GOP has become of the party of gaslighting. In claiming to look into a coverup for political purposes, they launched investigation after investigation to hurt Hillary Clinton. Gowdy called his hearings “a failure” but Kevin McCarthy admitted they hurt Hillary and that was the reason they were hell-bent on investigating. He told FOX News:

“Everybody though Hillary Clinton was unbeatable, right? But we put together a Benghazi special committee, a select committee. What are her numbers today? Her numbers are dropping.”

PS, Congress spent more money investigating Benghazi than they did looking into 9/11. Apparently, national security only matters when you can prove nefariousness on the part of Democrats.

Trump is incompetent and needs to go.

No one can say for sure if the nation should open up. Will more people get and die from Covid-19? Will there be a second wave in the fall? Other waves after? Will the outrage come then? (The 1918 flu had between four and five waves, the second was worse than the first.) One thing we do know is Donald Trump’s incompetence killed Americans. If 100,000 people dead in under three months is not enough to convince you he needs to go, what will?

PS. People have asked me “were you worried about pandemics before this?” Yes, yes I was. In fact I wrote this in 2013. And, while at least three people died in February from the coronavirus, people didn’t really start dying until March so that is why I say it is nearly 100,000 over three months and not four is because that is more accurate. 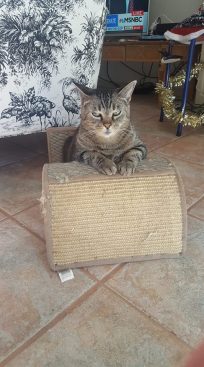 I am watching you. Stop using the airwaves to promote panic.

I was reading a Stephen King book this evening and a strange thing happened. In his introduction to Everything’s Eventual, he recounts a story about a radio station stunt he wanted to do to bring in my advertising dollars (he and his wife, Tabitha, own two radio stations in Bangor, Maine). It was going to be along the lines of the War of the Worlds. He says he never did it, to which I thought:

Thats a good thing because that would be a terrible misuse of government authorized air waves, it could incite panic, as it did with the War of the Worlds, and is shortsighted, selfish and myopic thing to do.

Of course, King’s reasoning had nothing to do with a concern for the public welfare, nor was it because he didn’t want to incur the wrath of the FCC. He failed in his PR mission because he just didn’t think what he wrote for the stunt was good enough.

Now, I stand by my thoughts about his stunt (seriously, in a country so paranoid that people try to shoot up pizza places because they read crap on Four Chan and Alex Jones exists, this would cause way too much havoc) but this is not a new response for me.

Not too long ago, I was out and people were watching a movie. It matters not what movie it was nor where it was being shown but it was a bootleg version of the movie and I had to leave because I felt badly about the copyright issues around watching stolen art.

I am not sure what the two really have to do with each other but while intellectually, I stand by both positions, I see that I am no longer the rebel I thought I once was. Then again, maybe I never was. Who knew I would one day join the Empire?