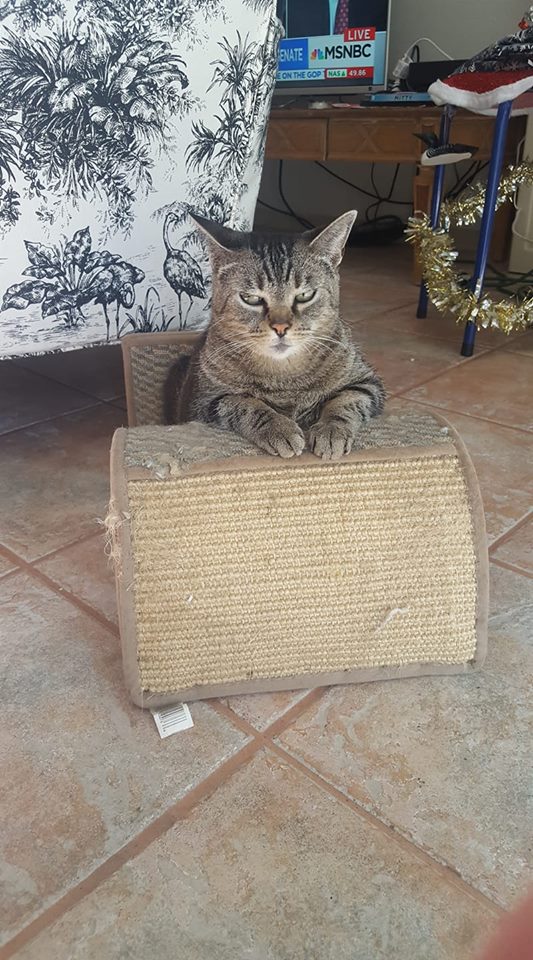 I am watching you. Stop using the airwaves to promote panic.

My experience with Q is far from unique. I first learned about the whole thing from someone I know on Long Island. When my father died, I was in Florida and could not move back to New York right away. Someone I know from high school moved into my dad’s house to keep an eye on things.

Now, high school was a long time ago and I am not sure, we’ll call this person “Matt,” if he was into conspiracies then. I knew Matt was big-time into them now. He had told me about his views as a “truther.” That’s someone who thinks 9/11 was an inside job. Just watch the video, he would say. I tried to tell him that I can make videos that look like a kitten destroyed the Twin Towers but that meant nothing. One year, I put out an image of David Duchovny with my cat on his lap. Never mind that in his photo, he was outside in the woods, but several people asked, “How did you get a photo of David Duchovny with your cat?”

Fast forward to 2019. I moved back to Stony Brook. Matt was full-on into conspiracies. First, he was a vegetarian because “you don’t get life from death.” (Actually, that IS the cycle of life.) Then he thought vegetarians were part of a satanic cabal and anyone who is vegetarian is evil. He tried, and tried and failed to get me to try MMS. If you don’t know what that is, it is chlorine dioxide. Promoted by charlatan Jim Humble, MMS is sold as sodium chlorite, which people may confuse with sodium chloride (table salt) and said to be a wonder substance that can cure AIDS, malaria, Autism and just about everything else. When taken with an acid, which he sells (never mind that your stomach is full of acid) it turns into chlorine dioxide AKA industrial bleach.

So, Matt was drinking that every day and that is when he told me about something else. A cabal of lizard creatures from outer-space who worshipped Satan and were both pedophiles AND cannibals who ate children controlled the media, the government and big business (when we talked about the government and large corporations, Matt said, “They’re the same to me.”) It was all going to be brought down by someone named “Q.”

Matt didn’t go down to the rally on January 6th but I think that is just because he thought it was a waste of time, not because he didn’t support the rioters.

The HBO documentary seemed to indicate Q is one person, Ron Watkins. I find all of this fascinating but think Q is more than one person. I am sure Watkins is one of them. I do wonder why these theories are so appealing. Why do people want to think that Bill Gates is using the Covid vaccine to track us? Why do people think “pizza” is a code word for “sex with kids”?

If you know, please let me know.

Interested in what I’ve been doing? Check this out.