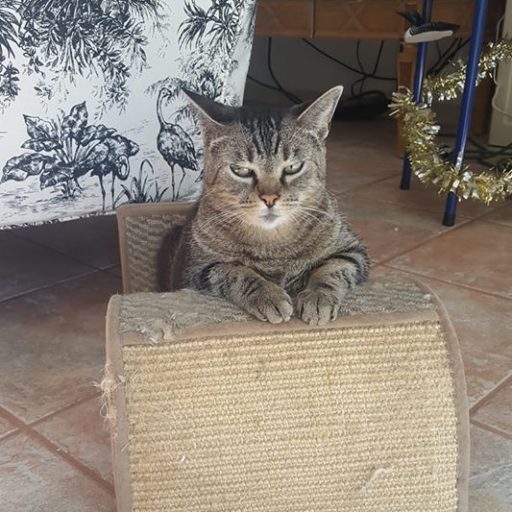 If you bother me, I will rip your face off. You've been warned.

Pussycats are the best, right?

I am going to start taking some of my more personal posts over to Medium. Wil Wheaton inspired me to do that. I just read this piece. He talks about his childhood and some of the gaslighting he was subjected to. When I read this, I thought Wow! I can totally relate to that.

So, I am going to put some new stuff up today and tomorrow. I may even post images of my two pussycats.

But, I have some news for this place. I have A LOT of comedy coming up. If you want to see me, you can check out the calendar but here are some of the places I will be:

I am pretty sure I will have more to add soon. Please let me know if you have any questions.

All the cool pussycats are doing it…

New social media! There may even be a video (or more) of adorable pussycats!

I am on TikTok now!

I am also adding videos to my YouTube channel. Have you subscribed yet? Please do!

Ok, I have to admit that I have recently allowed myself to be pulled into a black hole on Twitter. I wrote about this. It started when someone I know told me their parents were not vaccinated but would use #ivermectin if they got Covid. Not knowing anything about it, I was all, “Ok.”

The next day, I heard it mentioned on TV and asked, “Is ivermectin the drug you were talking about?” It was and I still didn’t have an opinion but they sent me a link to a Joe Rogan podcast and I thought, Right, I am going to take medical advice from the guy who makes people eat sheep uteruses. Not gonna happen.

The narrative this person pushes is that ivermectin is safe (it is) and effective at treating Covid (it isn’t). The reason the FDA, CDC, NIH, and WHO aren’t on board is that big pharma can’t make money off of it and are pressuring those organizations to suppress anything that counters their current stance. While I think there needs to be more transparency — especially at the FDA as they regulate pharma and receive at least 45% of their funding from the industry — in all of these organizations and I also think big pharma is evil — I don’t know if that means they are suppressing data that a cheap drug can be used here. Moreover, I know some doctors are raking in the $$$ by charging patients for consultations for the drug and not billing insurance.

So, I have been critical on Twitter. I have also seen a lot of misinformation. Because I need to get this out of my system before I puke, this is what I have seen and what my responses are:

One thing, I am guilty of this because I make jokes about it in my act, that people who are skeptical of the antiparasitic medication get wrong is that it is NOT only for animals. In 2015, the Nobel Prize for Medicine was split. One half went to William C. Campbell and Satoshi Omura “for their discoveries concerning a novel therapy against infections caused by roundworm parasites.” This was for their formulation of ivermectin for humans. It is TRUE that this is a safe medication that has been used to treat millions (if not billions) of people worldwide. I have never said it isn’t safe, I am not convinced it works against covid.

If you don’t have your health…