The other day was the birthday of a journalist I know and am friends with. I like him well enough, he’s a nice guy but I gotta admit his name still strikes horror into my heart. Abject horror.

Several years ago I was a communications director for a US Senate campaign. My candidate had started as a Democrat but then switched to the GOP and went back. While a member of the Republican party, he donated a lot of money.

I was having a rough day anyway. We had gone to an event and he and one of the GOP candidates for the seat showed up at the same time and press was there to capture it all. The two men embraced, I tried to get between them but I am 5’6″ and they were well over 6′. Wasn’t gonna make a difference. A prominent political paper ran a photo of it on the front page. Not the image you want when voters are unclear about what party you are in. The second bad news was that a typo in an email had gotten us into another publication. Truth be told my first thought was ‘wow, if I knew it was that easy to get into that pub, I would have done it months ago!’ (we also had a name recognition problem) but my fellow staffers were not so pleased and rode me all day.

At the end of the day, things were looking up. A pleasant reporter from a TV station, I think you already know it’s my friend, came in and did what seemed like a reasonable interview and looked to be a good thing. I was excited to watch it when it came one.

Everyone whose day is going well, step forward. Not so fast, Alyson!

The end of the interview revealed something new. The candidate had underestimated the amount he gave the GOP as a member. He told me (and provided paperwork) that it was about $70,000, which is a lot to a lot of people but it was off by a factor of ten. My friend’s segment ended with this figure $700,000. I called and asked where he got that number and ge faxed me over the paperwork. It was solid.

I was just floored by this mistake or lie or whatever.

And the final rule of PR, if this is your first campaign you have to not lie to your press person. 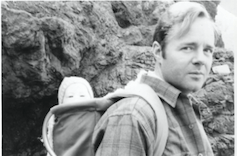 If you build it, he will come