I write posts like this often enough that I feel a bit like a broken record but I am not going to be deterred.

This morning, someone sent me an article that lambasted Bruce Springsteen’s “41 Shots” and said he supports the killing of cops.  He continued to say “IF YOU LIKE KILLING COPS, YOU ARE A LIBERAL DEMOCRAT.”  (Emphasis HIS)  As a liberal Democrat, who does not support cop killing but lived in NYC at the time of the incident that inspired that song I think the writer has really misunderstood the situation (in the interest of full disclosure, I will blog about my thoughts about that sometime this week).

If we are going to succeed at turning things in this country around, both parties need to stop seeing each other as adversaries and more like partners.  If our economy tanks this summer, for example, it won’t be only blue or red states that are hurt; it be all of us.

While this is not solely the media’s fault, it isn’t helping.  Shows where people yell over each other or merely wait for their turn to talk without listening – these are not discussions, they are debates.  And no one really learns anything.  That was my problem with “Crossfire.”  I knew where each person stood on each issue and it became a huge waste of my time.

One thing about the popularity of some shows now that baffles me is that I hate being yelled at.   I don’t want other people’s opinions screamed at me (after admitting my political affiliation, it should be a given that I am not a big fan of FOX News) but I don’t need to have my own yelled at me either.  I am pretty clear on where I stand; I don’t need Ed Schultz to holler it at me.  And for the record; Keith Olbermann makes my ears bleed.  When my TV yells at me, I end up yelling back and I really don’t need my neighbors to think I have lost it. 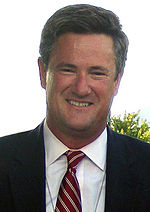 And now we come to the “Morning Joe” portion of my point.  I love this show.  LOVE IT.  It has even eclipsed “The Daily Show with Jon Stewart,” (love that, too but I don’t watch it for three hours a day, five days a week.)  This is something that I never thought I would write.

The show’s creator, Joe Scarborough, is a former politician.  He was elected in 1994 to represent Florida’s first congressional district and was part of the “Republican Revolution” that year.  This was not a freshman class of moderate and liberal Republicans.  It was a bunch of fire breathing conservatives.  My first job was for Senator Feinstein (D-CA) and that’s where I was working when he took office.  From my side of the aisle, he looked a bit fringy.   I am not alone in this theory – he has said it, too.  One of my friend – a former Congressman himself, one who was the only member of the Conservative Party when he was in the House asked me, “How can YOU like Joe Scarborough he was a right-wing nut job in Congress!”

One belief that I will surrender only upon my death is one of the reasons I like Scarborough.  When I meet someone who is active politically, either on a professional or volunteer basis, I assume (until/unless I am given reason to think otherwise) that they are in this business for the same reason I am – to make the country and world a better place.  If you start conversations with people who disagree with you assuming that makes them Hitler, you are never going to get anywhere.  If you start from the position that your disagreements are more akin to having differing opinions about the route you should take to the same destination, you can have a real discussion.  Have you ever heard of someone thinking someone else was evil because you thought you should take one road to the grocery store and they thought you should go another way?  No?  Right, because it is a ridiculous thought. 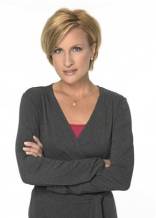 “Morning Joe” provides these kinds of discussions.  From the hosts themselves – Scarborough, Mike Brzezinski and Willie Geist – to the guests they bring on, the topics they discuss and the atmosphere they provide, real ideas can be exchanged and I learn something every morning.  I have not been keeping track of how often I agree with Scarborough on his politics but it’s not often but then again, agreeing with me has never been a prerequisite for me liking someone.  I have no patience for that sort of thing. 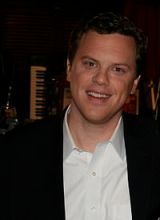 So why was this week more of a “Morning Joe” week?  Well, I’ll tell you.  (My job does require me to keep up on the news but even if it did not, I am a total political/news junkie and all around nerd, I know this already, no need to tweet me about it.)

On Wednesday, I went to a Politico event on Capitol Hill.  Mika Brzezinski and Joe Scarborough were doing a book signing for her new book, “Knowing your value.”  I have never recommended a book as much as I recommend this one.  At first, I thought that I wanted to buy it for all the women I have ever – or will ever – meet but now I just want to buy it for the entire planet.  I was able to talk to both and it was really fun.  So when I was thinking about writing my monthly plea for people to remember we are all really on the same side, “Morning Joe” seemed like a good example of a way we can communicate and not just yell.   You can download part of the book from iTunes here.  You can also buy it from Amazon here.

As cheesy as this feels to end with, I often think about President Clinton’s line that “There’s nothing wrong with America that cannot be fixed by what’s right with America.”  I think we can say the same about our political system.