(If posts with personal information bother you, leave now.) 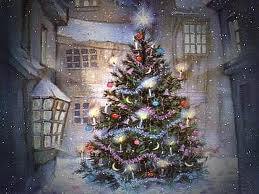 Yep, every now and again our friends on the right (and I don’t mean this never happens on the left, it does, I am sure) come up with a non-issue to rile each other up about.  As it is December, the flavor fear of the month is of course, the Democrats’ “war on Christmas.”

I am not sure where this fits on my list of their pet worries that are just paper tigers meant to scare people into thinking liberals are evil.  Is it better or worse than legislation barring sharia law?  Does it piss me off more than the people (you know who you are) who tell me my assertions that Herman Cain was never qualified to be president because he lacks even the most basic knowledge about anything was hypocritical because I like Bill Clinton and he had flaws, too.  Yes, I do like him and yes, he does — we all do.  Apples and oranges or should I just say 9 9 9.

But back to the current outrage.  When people say Happy Holidays they are starting a war on Christmas.  I always say it to everyone because there are more holidays than one, even for Christians.  Even Christians celebrate New Year’s Eve.  But you also don’t always know people religious affiliation, maybe they are all about Festivus or Boxing Day. (Or serious ones like Channukah)

Now, I love Christmas.  For me, it has always been the most wonderful time of the year.  When my parents divorced, my life became pretty chaotic.  Maybe to make up for it, my family gave me three bites at the Christmas apple — Christmas Eve was at my grandmother’s house, Christmas day was at my Aunt Edna’a (is there a law that everyone on Long Island must have an Aunt Edna?  I think there is.) and then we went back to my father’s place for a final round.  It was the only time of the year that I thought the situation was good for me.

It never occurred to me that maybe this is why I love the season so much and I don’t think that can be all of it.  When I grew out of the stage where I could be bought off with toys and candy, my traditions changed but remained really special.  I would go to Minneapolis for Christmas and then on to San Francisco for the rest of my break.  Minneapolis could be one of the best places to spend Christmas.

If you are wondering why none of my fond memories of Christmas have anything to do with religion, it’s because Jesus is not the “reason for my season.”  And I suspect if some people I know read this they will think less of me but it’s time for me to come clean about something.  I am an atheist.  Why would people not like me for admitting such a thing?  I am not sure how my friends from the church I go to will feel about my non-belief of something that means a lot to them.

Yes, I said it.  I am an atheist and I go to church.  I am a complicated person.  That’s why my Facebook profile lists my religion as physics.  I stopped saying the Pledge of Allegiance in the first grade because of the “under God” part.  I wonder now why I just opted out of that part but I was six and it didn’t occur to me until I found out it was only added because of McCarthyism.

So Christmas was never a religious thing for me.  And don’t even bother spamming me with your comments about it being Jesus’ birthday.  He was born in April.  Christmas was set up to take the place of a major pagan holiday.  If you think there is anything Christ-like about cutting down a tree and decorating it, well, you need to read up on your paganism.  And no, my opinion on this is not because I don’t believe Jesus is our lord and savior (though if anyone can explain how he is both the son of God and God at the same time, please I am all ears).

Because Christmas for me is about the season of goodwill and fun, I never understood people who objected to Christmas decorations.  What’s the problem with festive lights and decorations at a dark part of the year?  No, I didn’t get it.

My first real job after college was working for Senator Dianne Feinstein (D-CA).  She is  Jewish.  At Christmas time, we had a huge tree in the front office and decorations — I think throughout but it’s been a while.  Some staffers were truly offended.  They felt she was abandoning her faith and them.  I asked why and was told that as it wasn’t something they celebrate, the decorations left them feeling left out.  I may be an atheist but Christmas was a huge part of my childhood and finally understood what the big deal is.  I would be lying if I was upset that we kept the decorations up but being a little more sensitive to people from different traditions than me was a good thing.

For the record, my mother has asked me over the years about what my friends are doing for Christmas and I have to remind then that it’s not a something some of them celebrate and she always sounds surprised.  For a few years, we had our own Judeo-Christian tradition.  We did the big breakfast with gifts in the morning and then spend the afternoon at a movie and go for Chinese food that night.

All the uproar over President Obama leaving God out of his Thanksgiving address or having “holiday” parties and the like vs “Christmas” parties is just a whole lot nothing.

And no, Gretchen “black hole of humanity” Carlson, no one gives a rat’s ass what you put in your house at this — or any other — time of year.  Get over yourself.

Note:  I often attend the Capitol Hill Presbyterian Church.  I go for several reasons.  On one occasion where I was having a need for something spiritual in my life I wandered into this church. The pastor, Andy Walton, gives great sermons.  I went back for two reasons, his sermons and the community services they offer — not to get them, I feel I should add, but volunteer for them.  Over the years I had wandered in every now and again but the visit that made me return was last September when I volunteered in their soup kitchen.  That marked the delineation between me stopping in and going regularly.  I like the contemplative nature of his sermons, the ability to help others and the great people I have met.  I have had trouble this fall going because I feel strongly about my person view of religion — not that anyone is wrong, my beliefs are what work for me, if that makes sense. But the juxtaposition of your firm belief and my equally firm disbelief has left me feeling like a bit of a fraud and that is why I have been absent so much.