How will you deal with Jon Stewart’s hiatus? 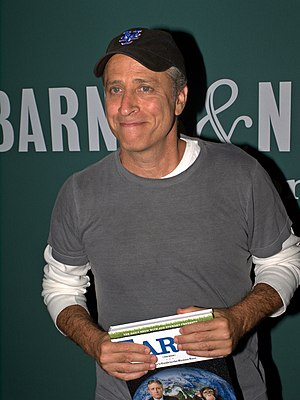 English: Jon Stewart at Barnes & Noble Union Square for the launch of Earth (The Book), the 2010 book from the writers of The Daily Show (Photo credit: Wikipedia)

Satire piece about liberals’ response to Jon Stewart’s decision to take time off from The Daily Show to direct a serious movie, Rosewater, about a journalist held captive in Iran.

I like this picture of Jon Stewart because he is wearing a Mets hat and I love those stupid Mets.