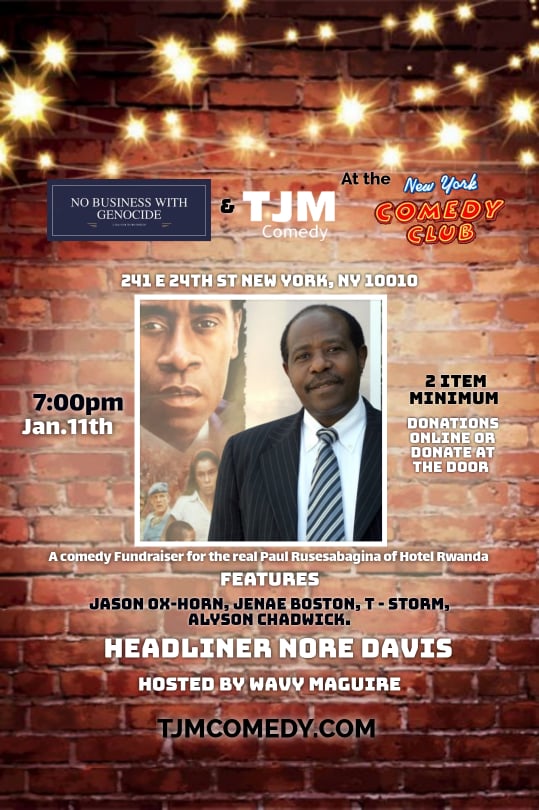 Paul was kidnapped in August 2020, taken to Kigali where he was arrested, tortured and put on trial for a plethora of crimes that he did not commit. On January 11, we are raising money for his legal defense fund and hope to bring this hero home.