I am probably one of the whitest people on earth. I did the Ancestory.com thing and learned I am 90 percent English/Irish/Scottish/Welsh and 20 percent French and Norweigan.

When people see me, they see a well educated, very articulate woman who grew up in an upper-middle-class area on Long Island. All of that is true. None of that tells the whole story. It is true that I had a lot of advantages from all of that. Advantages that have not always been afforded to people who are black or brown. These advantages have opened doors for me that might not have been opened for other people of other races.

Having said that, my life is not what people may think.

Here’s what that view of me misses:

Neither of my parents was really ready to have kids. My dad was a violent sociopath and my mother is a raging narcissist. After he cheated on her and was physically abusive, she left him. I cannot blame her for that but she left me, too.

She went to Iceland and I was left in an untenable situation. Not only was god old dad physically and emotionally abusive, no one wanted to take actual responsibility for me. We only had food in the fridge because I demanded it. I never had more than two pairs of pants because no one wanted to pay for clothes for me. I love my grandmother, Judy, but she always kept me in the newest tennis attire but refused to buy me clothes for school because “that’s your father’s responsibility.” You can guess what his response was.

Having only one or two pairs of pants is something they notice in the upper-middle-class area I grew up in. I was always the outcast. The teasing was unrelenting and horrible. By day I was teased non-stop (and it did not help that my parents were divorcing — Why are your parents getting a divorce? Is it because they hate you?) and by night I was abused by daddy dearest.

When I was 17, I moved out of my father’s house and in with my grandmother. He had tried to kill me (twice) and I didn’t feel safe. Years later I would wonder why that didn’t happen sooner. The real reason is that Judy didn’t want it to. I wasn’t her daughter or her responsibility. These are issues that haunt me today.

I am writing this from a beautiful house in Stony Brook, NY. My view is incredible. I have this house now because after I moved away from my father, he bought the house I was living in. To put a finer point on this, my grandmother sold her house to the man who had tried to kill me leaving me SOL. At the time, I saw the silver lining. Eventually, I would get the house.

Last year, my dad choked on a piece of meat and I got the house (along with a large mortgage). I feel like, in addition to the second mortgage I am paying, I paid for this place with blood, sweat and tears. I am grateful to be able to live here but this was not an easy row to hoe.

I am hurt when people say things like “white women are the worst” or when they look at me only through the prism of white privilege. I grew up isolated, alone and horribly sad. I am lucky in a lot of ways but my life is not what people think it has been. 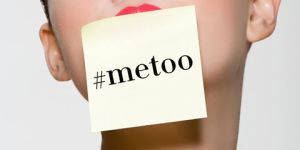 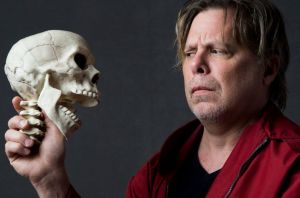